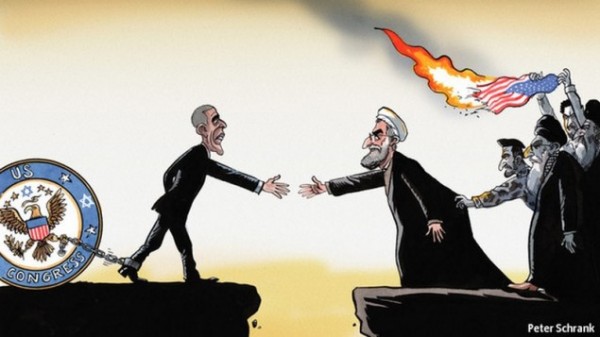 A posting from MIT’s Laboratory for Nuclear Security and Policy observes that “the five authors and 24 co-signers are some of the world’s most knowledgeable experts about nuclear weapons.” It cites in particular Richard Garwin, “a physicist who helped design the world’s first hydrogen bomb [and] served as a science advisor to three presidents, both Democrat and Republican.” Critics will point out that several of the signatories have Democratic Party ties. Six Nobel laureates signed: Philip W. Anderson, Leon N. Cooper, Sheldon L. Glashow, David Gross, Burton Richter, and Frank Wilczek.

A coalition of 98 prominent members of Los Angeles’ Jewish community — most with ties to Hollywood — have signed an open letter supporting the proposed nuclear agreement between Iran and six world powers led by the United States.

Identifying themselves as “American Jewish supporters of Israel” in the full-page ad, which will appear in the Thursday edition of L.A.’s Jewish Journal, the group urges Congress to approve the agreement because it “is in the best interest of the United States and Israel.”

Written By
Editor
More from Editor
At 112 years, Japanese super-centenarian Masazo Nonaka has just been recognized as...
Read More