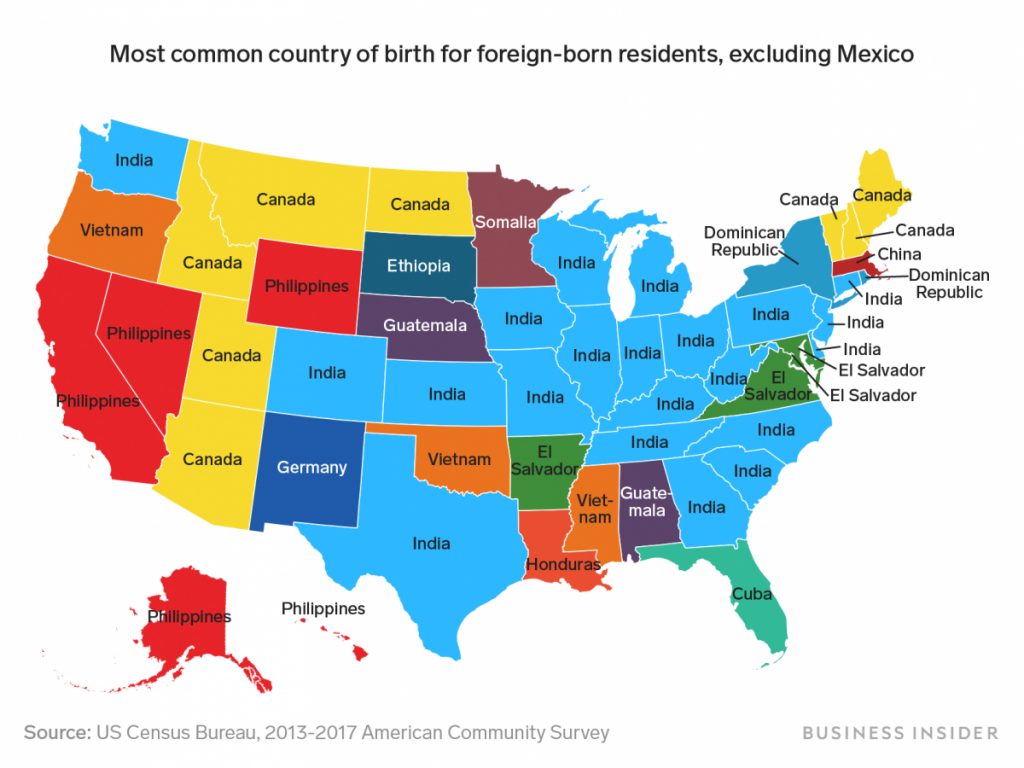 This map shows where each state’s largest immigrant group comes from, excluding Mexico.

The percentage of the population born outside the US varies widely from state to state. Among those immigrant populations, countries of origin also vary widely.

For 32 states, the most common country of birth among respondents who said they were born outside the US was Mexico. Therefore, the map above looks at the country other than Mexico that is the birthplace of the most foreign-born respondents in the survey.

Written By
Editor
More from Editor
Scientists have discovered a powerful new strain of fact-resistant humans who are...
Read More