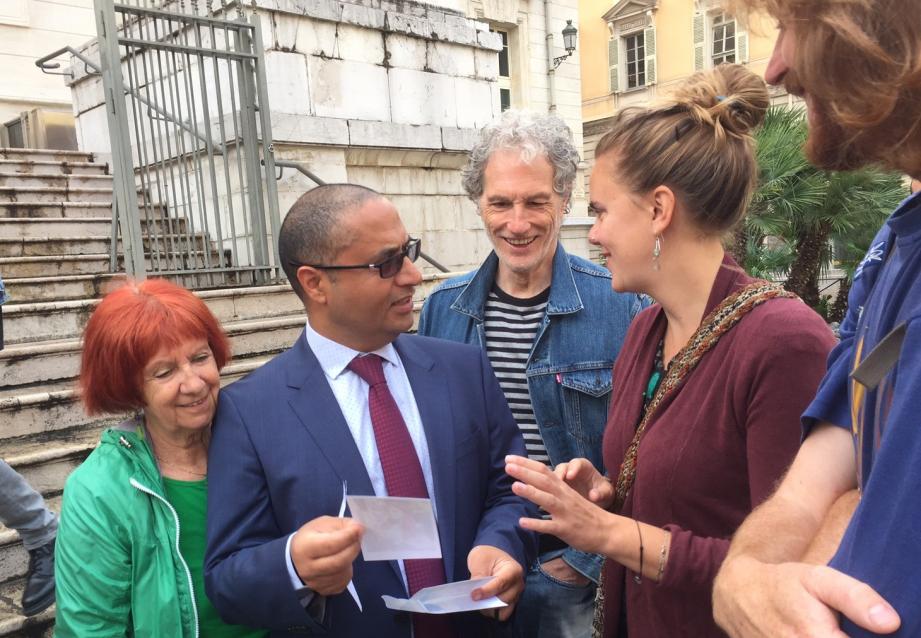 Dr. Zia Oloumi is a Human Rights Lawyer of Iranian-descent, living in France. He is the Attorney representing Cédric Herrou, and is the architect of the new defense approach based on the value of ‘Fraternity’ leading to the Constitutional Council ruling of July 6th 2018, in favor of Humanitarian Aid to Illegal Migrants.

“I wish to, respectfully, draw the Council’s attention to the fact that the world is watching us. This certain idea of France, which appears in our constitution, through the national motto of the republic, and on the pediments of our institutions, remains the cement of this great French Repulic. All through our history, it is the fight for these values that has founded and makes France a great country.
It is the strength of our country to hold on to fraternity more than other nations, for without fraternity and equality we could not prosper. If liberty and equality concern the individual, fraternity concerns the society as a whole, a strong bond holding The other two parts together.

Paul Eluard says of Freedom.
“By the power of a word
I start my life again
I was born to know you
To name you”
…..
I, ladies and gentlemen, name “fraternity”.

Says Maître Zia Oloumi, as he brings his finishing remarks to the Constitutional Council of France, to a close.

“It is a beautiful victory that ‘fraternity’ would be declared as a constitutional value! The council’s ruling that prosecuting Humanitarian activity would conflict with the principle of ‘fraternity’ in France’s constitution is a dream come true for us, said Dr. Oloumi. In my defense, I insisted on this historic moment of putting forward one of the fundamental values of the Republic, “Fraternity”. The decision of the council encourages others, who might have been dissuaded by similar lawsuits to help the migrants more freely”.